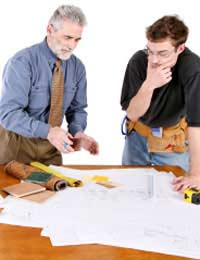 The degree to which rogue traders have become a problem in the UK has advanced so greatly that not only are the government dealing with it on a national level, but they're also advising local government authorities on how to deal with it at a community level. Rogue traders cost the UK millions of pounds per year in various costs and consumers are becoming increasingly distressed and frustrated by the apparent ease with which these traders operate. Many feel that dealing with it on a national level isn't the most comprehensive approach and therefore local authorities are taking it into their own hands to deal with these rogue traders.

The introduction of the national TrustMark Scheme helps homeowners feel safer when it comes to finding reputable tradesmen and also provides advice on what to do should they feel they've fallen prey to a rogue trader. Along with this scheme, the government have announced this year that they're planning to spend over 7.5 million in the next three years to help combat scam artists.

Specialist Trading Standards officers will be involved in working alongside the police in halting rogue traders. They will be operating across different borders and won't be contained to their own local authority areas - this means they can target rogue traders who drift between areas to avoid detection. This national approach follows on from a very successful pilot programme and combined with local authority approaches, should be a more conclusive step towards ridding the UK of unwanted rogue traders.

Each local authority has a different approach to how they deal with the inherent problem of rogue traders in their community. East Sussex County Council's Trading Standards Service has been working in conjunction with their 'Buy With Confidence' scheme and is now stepping up their advertising to warn prospective consumers about the dangers of dealing with rogue traders. An upcoming advertising campaign that will feature the 'beat the cowboys' message will soon be appearing on local radio advertising and on local buses. The council are hoping that not only will customers become more aware of choosing a reputable tradesman, but also that local tradesmen will sign up for their register which will verify them as being reputable. Many local councils are utilising a similar approach, with places like Durham County Council Trading Standards working alongside the Community Safety Partnerships to provide a registered traders scheme that is available for local reliable builders to join. This means that they are approved as reputable by their local council, but also it means that potential customers can access this list and choose with confidence.

Many Trading Standards in local authorities are setting up similar ventures as their aim is ultimately to rid the community of dodgy scam artists who aim to make a quick buck out of unsuspecting customers. Some are setting up neighbourhood watch schemes so that there is always someone looking out for rogue traders even when a Trading Standards officer can't be present. Some local authorities are even declaring areas a 'No Cold Call Zone', which means that police work in conjunction with residents to watch out for bogus callers and rogue traders. Enfield Council's Trading Standards is one such area and although many are testing these as pilot schemes, there's the intent to take it further and make it available across their areas. Ashford Borough Council is working with Kent Trading Standards to attempt to abolish rogue traders from their community through the Community Safety Unit. It is local schemes like these that make many residents feel safer and provide them with an easy to access point of contact should any queries arise.

Your Local Authority and Rogue Traders

If you feel that your local authority isn't doing enough to prevent residents in your area from scams by rogue tradesmen, contact them and ask them how to proceed with setting up some kind of support system for residents. If enough people demand action, most local authorities will respond. Always contact Trading Standards also to see what approach they're taking to eliminate rogue traders from your area and if all else fails, contact a national scheme such as TrustMark to see what advice they can provide you with.

Sale and Rent Back Schemes: Scam or Not?

Why Use The FMB?

Trade Bodies and What They Can Do For You